10 Great Tips For Learning To Scratch On DVS

The advent of digital DJ controllers and the limitless possibilities of turntablism are often at ends with each other as a result of controller hardware that makes old vinyl-style scratching unnecessarily difficult. But what about DJs looking to get into the controller market who also want to maintain the ability to scratch professionally?  Is it possible to migrate to a DVS and still perform your beloved routines? Read on for our collection of tips on how to succeed at scratching on DVS.

For many DJs used to the feel and possibilities of vinyl, DVS is a godsend. No more endless crates, wearing out of classic LPs, or needle skipping. Instead, keep your precious collection back at home, pack just a laptop and an audio interface and perform to exactly the same standard, if not better, with a reliability that stands even the most brutal road test.  DVS systems (especially on the software side of things) have advanced so much these past 10 years that what seemed impossible back in the early days of Final Scratch now is considered as a generic function.

A QUICK HISTORY OF DVS

A lot of DJs can still remember the introduction of the scratch function on early CDJ units. It was really cool to be able to burn your own sounds on CD-R’s and then scratch your sounds – but they sounded awful. Metallic, distorted, awkwardly time-stretched, and very slow response time on the platters. At the start of the 2000s, digital vinyl systems started to be introduced to the commercial market, first in the form of Stanton’s Final Scratch. We can’t talk about early Final Scratch without showing this segment that aired Tech TV in 1999 featuring DJTT friend DJ Mei Lwun (you might have spotted him most recently in this article about transitioning between DJs).

Final Scratch’s early versions ultimately proved to be too unreliable for most working DJs and the slow adoption (at the time) turned a lot of turntable traditionalists off – especially as CDJs continued to become the more attractive bit of digital gear to jump to. A partnership with Native Instruments kept the Final Scratch technology alive, eventually resulting in the creation of Traktor Scratch. But Serato + Rane’s Scratch Live system was what really brought DVS back to the foreground starting in 2004.

Turntablists who have had issues with DVS in the past often cite poor performance – something that’s critical with, for example, the Chirp scratch. Until recently, this was considered one of the most notoriously annoying scratches for any DVS to handle, due to “sticker slip” – essentially, the playhead moving slightly different from where the actual record was. 9 out of 10 cycles, you might experience the playhead moving a bit forward, then backward or even only forward. Pure disaster, especially when trying to do fast chirps like the ones at 1:35 in the below Studio Scratches clip:

Drags had a similar issue on early DVS systems. If lucky, you would end up with just an mediocre-sounding time-stretched sound. If not, you would simply have no sound because the high threshold settings inside the DVS would not allow the system to catch that very low signal produced from that very slow record movement, i.e. the system would think that there is no record movement, so no sound should be played. Ouch!

Modern DVS platforms can offer so much more to any style of DJing. Open cue points on the fly, skipless performing, endless FX tweaking, continuous customizable battle tools. For many DJs coming from a vinyl background, it’s daunting to approach a DVS system, so to help you along the way, we’ve compiled some great tips:

• Don’t Use A Clunky Old Laptop: DVS scratching can stretch many older systems to its limits, therefore you need to be sure that your platform can handle it. The more powerful your system is, the better the latency your software handle, which meansa closer control emulation with less dropouts and glitches. 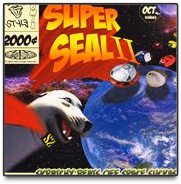 • Use Familiar Sounds: Digitize your favorite scratch tool, load it into your DVS, and use that for your scratch sessions. This way you will both make sure that your “Ahhhh” sound is correct and you will also be able to understand the differences from normal vinyl faster and adjust to them easier.

• Practice only on DVS: When you install your software, stick to it as much as you can, even for the shortest scratch practice sessions. Switching back to your beloved scratch tools will be very tempting, but the best thing for you is to accommodate yourself within the DVS ecosystem as fast as you can and the easiest way is through typical scratch sessions. The skills you build are interchangeable, but sticking with the same tools will allow you to become proficient that much faster. 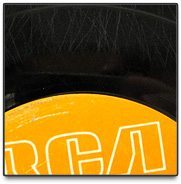 • Use Only Time Code Vinyl In Good Condition: Unfortunately, the delicate nature of any DVS does not allow for much room in vinyl wear. Often this means that a time-coded vinyl will last about 1/3 of the life cycle of a typical scratch tool. Make sure that your vinyl is in good condition always. Clean it thoroughly before each session and always use the newest upgraded version from each company.

• Don’t Use Large Files:  WAV files don’t sound especially different from good encoded 320kbps MP3s. On the other hand, they eat up more memory and resources, so when using such large files, you are only stretching your system more, without any improvement in performance. Record a session and check if you like the quality of the scratched sounds. In most cases it’s the source of the sound that is bad, not its format.

• Make Sure Your System Is Properly Configured. For digital scratching, you need to make sure that all latency settings are down to the minimum that your computer can handle. Also, always calibrate your vinyl via the setup menu and manually set your threshold limit around the middle to catch slow vinyl movements. Adjust your needles properly (no angled headshells are required in DVS) but the arm weight, anti-skate, etc,  should all be the same as in a normal battle set.

• Stay Inspired: There’s plenty of other DJs that have gone this same route. Whether it’s watching routines from A-Trak or just going out to to watch DJs at local events, you need to regularly stay motivated. Check out the session in the video below by Mike Labo to start off your inspiration routine.

• Try All DVS Platforms Before Buying One:I’m currently using Serato Scratch Live, my DJ partner uses Traktor Scratch. We are both satisfied with our choices and both like each other’s too. See for yourself what fits you before buying one. Try some scratching on it, get to know the workflow, and decide where to settle. 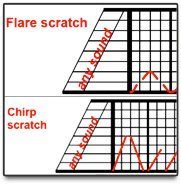 • Re-introduce Patterns Slowly: Even if you’re already an advanced scratch DJ, don’t immediately attempt the complicated scratches like hydroplanes, boomerangs, and autobahns, or any other patterns that involve lots of record movement. Instead, first accustom yourself with the basics, like transformers or 1-click flares, and then start bringing in slowly the more advanced ones. This way you will give yourself enough time to adjust to the different response on the record movement.

• Continue Studying Vinyl Tutorials: The principals are essentially the same, regardless if it’s a normal scratch tool or a DVS. The crossfader movement remains intact, as does the record movement. Don’t get scared by all the options within a DVS, focus on the scratching part and you’ll see your horizons broaden quickly.

• Don’t Expect All Scratches To Be Easy On DVS: Unfortunately, some of your patterns might not be replicable on a DVS for various reasons. For example, some Uzis or Lazers (like the ones Q-Bert shows off in the below video) might be nearly impossible, especially the faderless ones, due to latency and record movement. Don’t get frustrated by that: instead, explore other patterns (or variations of the originals)  that will be possible with a little bit of patience.


A final personal note: I made the switch and I’ll never look back. Never before was I able to grow my skills as my setup could grow and vica versa. And all that thanks to DVS. So get in there, start scratching, and check out all the possibilities that the DVS age offers us!

Additionally, we’ve had some more tips from our Twitter followers worth including here:

@DJTechTools use cue points in lieu of stickers to line up your beats / skip to new scratch sounds. Instant doubles for juggles. #RaneDJ