Headphones remain the most commonly used, and therefore debated items in a DJ arsenal. Until now however, there has not been much in the way of technical innovation on their performance. A new company called Bragi has created an award winning new concept of wireless bluetooth headphones called “The Dash” that have some very intriguing features for DJ’s and performers alike. While the Dash isn’t made for DJ’s specifically, there are many reasons why a DJ would wish they were.

DJ Listening with The Dash 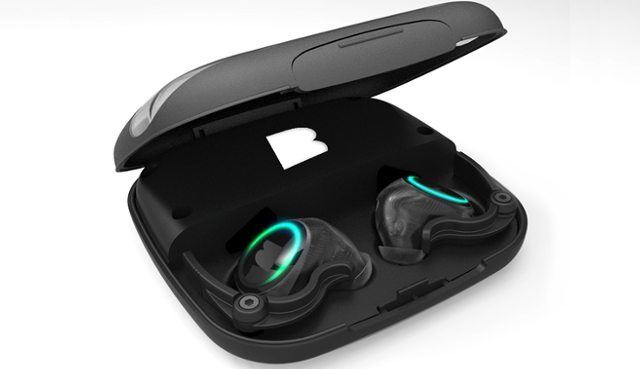 The Dash is a pair of discrete earphones that are rechargeable and completely wireless. The earphones can playback music via Bluetooth or using the embedded 4 GB media player. While in-ear headphones offer a wide range of benefits, one of the less exciting realities is being tethered tightly to the mixer. The wireless feature here could finally free up DJ’s that prefer in-ear monitors while also making them look less like an iPod commercial. The headphones come with a charging case that will keep them ready for the road.

A frequent complaint of in ear monitors is that they close a DJ off from the crowd and the sound system, killing any insights into what the room would sound like. Very high end in-ear monitors for touring musicians have “room blend” features to combat this but they run in the $3-$4k range. A wireless in-ear with room blending at an affordable price would be huge!

Finally, this pair is equipped with a ear-bone microphone naturally designed to reduce outside noise and provide a clear voice signal. That may, in fact, be perfect for on stage or in a DJ booth. The latency may provide a problem but in principle, it could be quite useful to not lug around a handheld mic.

Another problem with current musician focused ear buds is that they fall roughly into two camps:

In theory the Dash has a new system of special sleeves that offer a custom fit quality at a universal price. 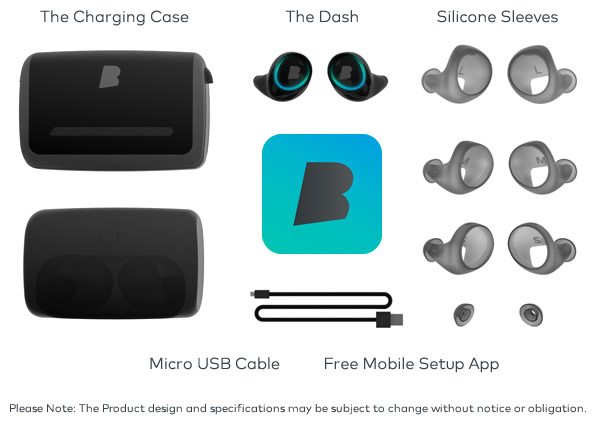 Tracking Performance with The Dash

Right now the Dash is aimed at consumer users with a healthy dose of FitBit style behavior tracking. Body vitals are delivered to the user upon request including heart rate and body temperature. Of course, we don’t hear of DJs passing out inside the booth very often but it does and can happen!  More interestingly, we could see Dash providing ambient noise and SPL information during and after a set to keep DJ’s aware of their surroundings. 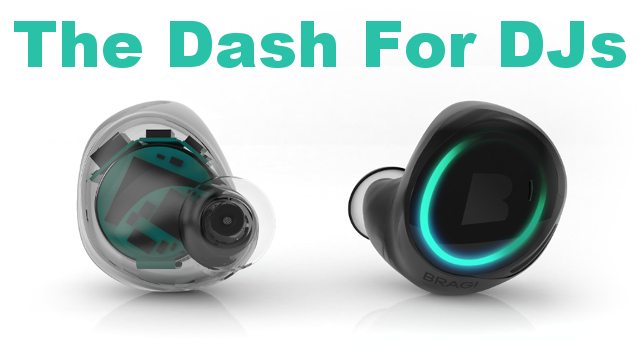 DJs aren’t necessarily in focus right now for this product, but we see a natural fit, while recognizing some early adopter problems. While the main source of connection is through Bluetooth which, is known for horrible latency, there are transmitters that guarantee 30 millisecond audio latency. One more serious problem: The earphones run for only 4 hours when playing music and 3 hours while playing and tracking limiting set times between charges. With an increased audio spectrum, lower latency and improved battery, the Dash could one day be a smart solution for in-ear monitors. The Dash was successfully funded on March 31st, 2014 with 15,998 backers providing over three million dollars. Given the success of the campaign, maybe one day Bragi will tap into the in-ear monitor market to create the Dash for DJs and other stage performers.

You check out The Dash on Bragi’s website today and pre-order for $299.

Meet Howler, a 2-in-1 device that records + livestreams high-quality audio from any…

Can Music Make You Sick? Safeguarding Your Mental Health | ADE 2018