There is a small, but dedicated contingent of dj’s out there that not only spin on vinyl, but on the rarest of formats: 7″ records. Today we shine a spotlight on that scene including an interview with one dedicated 7″ dj “Dj Format” and highlight some of the ways in which you might consider exploring the world of 45 culture. 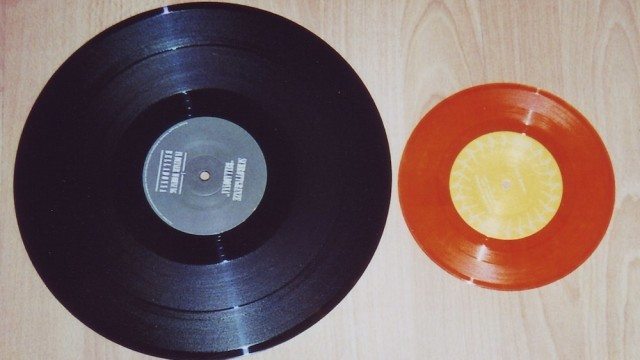 Besides the obvious size difference, what else separates 7″ vinyl from the familiar 12″ record. Due to the smaller size 7″ records are only capable of holding about 4.5 min at 45 RPM (the more common speed) or 7 minutes per side at 33 RPM, while 12″ records are capable of fitting about 22 minutes at 33 RPM or 15 minutes at 45 RPM.  The limited time makes the format suitable for singles rather than full albums.

Although 7″ records can be cut for 33 RPM it’s not the best idea:

7″ records are smaller, so naturally the grooves are more compressed. As the grooves get closer to the center of a record the groove width is reduced. Therefore, at the slower speed of 33rpm, distortion can be highly noticeable and cause an unattractive sound. With the circumference of 12″ records, there is more surface area to experiment with. It is more manageable to engrave the outside of the disc where there is better frequency response and minimal tracing distortion. If you have your heart set on putting out a 7″ record, remember that it is highly recommended to record at the speed of 45rpm. (Source: Record Pressing)

Another notable difference is with the weight. While the weight varies, 7″ records are generally around 40 grams vs. 120 – 180 grams for 12″ records, making 7″ records 4x lighter. This weight may not seem like a big deal, but try telling that to any DJ that’s lugged multiple crates of 12″ vinyl to and from gigs. 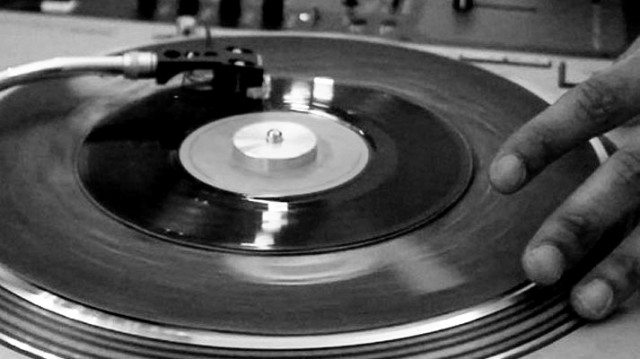 So if mixing with 45’s is more of a challenge compared to mixing 12″ records, why do DJs do it in the first place? As mentioned earlier the smaller size/weight makes them easier to carry around to gigs. They’re also cheaper relative to a 12″, since it’s just a single track on each side rather than a full album with multiple tracks.

I started buying Hip Hop 45’s in the late ’80s because you could buy them really cheap in regular shops like Woolworths rather than specialist record shops. Another reason I use 45s – you are less likely to get feedback because they are generally pressed louder. But with a 12” album, because they’re trying to fit on a lot of tracks onto a record, they’re pressed quieter. That’s why 45s pretty much rule! – DJ Format

I like the portability and size, it’s a fun format (no pun intended) to play as well. I actually learnt to cut up on 45s first because the first decks I had access to were only Belt Drive so we were always raiding the cheap bin in Woolworths for 7″s as they didn’t drag when you let them go so much! – Mr. Thing (Source: The Doctor’s Orders)

One of the biggest challenges with mixing vinyl, whether it’s 12″ or 7″ records is you’re limited to how much you can carry or travel with from gig to gig. How can you prepare for a vinyl only gig? How should the set start? DJTT caught up with vinyl only DJ, DJ Format to learn why he only mixes with vinyl and how he prepares for his sets. 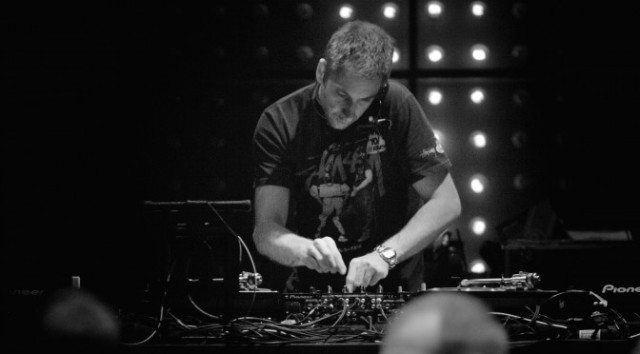 DJ Format’s own career took off in 2003 with his acclaimed debut album ‘Music For the Mature B-Boy’. Three more albums have followed since, along with his ‘Fabriclive27’ mix and an excursion into soundtrack psychedelia with collaborator Simon James as ‘The Simonsound’. He has toured with Jurassic 5 and played at Glastonbury, Reading & Leeds festivals and his skills have taken him across Europe, North America and Australia.

Why are you a Vinyl only dj? 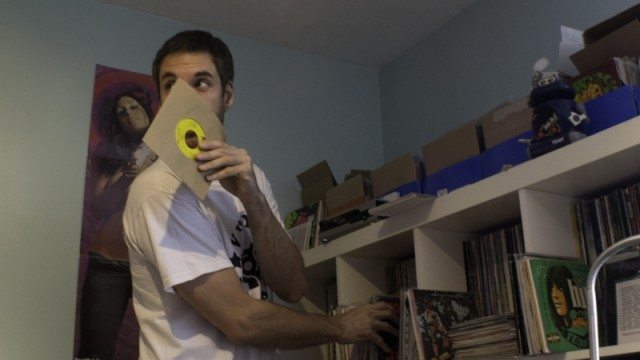 It’s not a snobbish thing. I don’t have any problem with someone using Serato. It’s just a personal choice. There probably are some vinyl DJs that do get quite anti-Serato, but each to his own. I just prefer to play vinyl. I’ve collected vinyl since I was old enough at school with a part time job. As soon as I had some money and could buy records, I never stopped. I’ve just never lost that urge to own good music on vinyl and play that vinyl out.

For a while I felt like I was the only high profile DJ still using vinyl so it kind of became a novelty thing although I think other people attach more importance to it than me. But I think that was the point where I felt I’m definitely not going to change now. It’s just a personal thing.

You use 45s a lot also so I wondered if your technique had to be adjusted at all, especially when scratching? 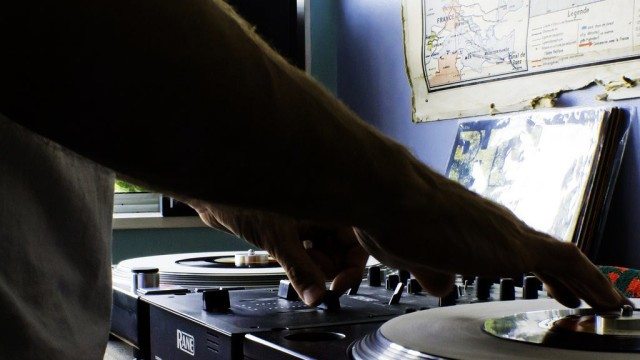 It does but it’s only a case of just adjusting and being a little bit more light-fingered. It’s just one of those things, once you practice a bit and get used to it, it becomes almost the same as 12” and L.P.s. It can be a little bit weird going from a 12” to a 7” back to a 12” when you’re scratching – just making that adjustment – but ultimately it’s fine.

People seem to be more impressed when they see cutting and scratching and intricate mixing done on 45s but really it’s all the same to me.

There is a whole generation of young DJs now coming through who might never have used regular vinyl. What do you think about that? 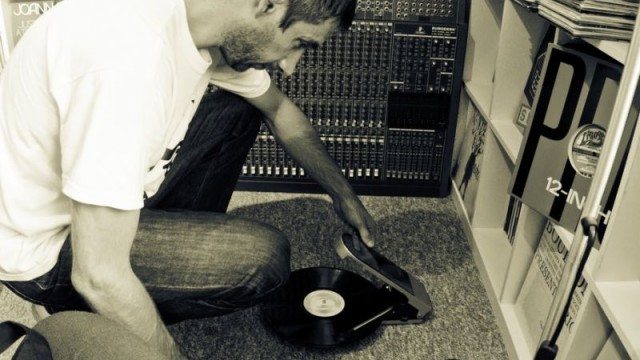 I must be honest that the romantic in me feels sad when a DJ walks up with no equipment. I’ve been at gigs when the DJ turns up with just a memory stick to put into a CD player, they don’t even have a laptop. Sometimes it’s baffling to me. But there’s no point in being negative about it.

Just because I choose to DJ a certain way it is just a personal thing, it’s none of my business what other people do. But the romantic in me does feel sad.

Learn the benefits of starting to DJ with vinyl.

So maybe now you’re inspired to start experimenting with 45’s but where do you find them? A great place to start is the local record shop or garage sales in the neighbourhood, where you can probably get them for a $1 or less each.

If there’s no record shop in town, no problem. Start checking out Craigslist or online record shops. There are several record stores that ship and sell 45s around the world. We’ve listed 4 worthwhile sites to check out below:

All 45 Mixes and Performances

There are some incredible performances and mixes that strictly use 45s. We’ve compiled a few great mixes and routines to inspire DJs that are up to the challenge of mixing with this format.

Skratch Bastid and The Gaff team up to showcase a routine from their “Soul Sisters, Stand Up” mix, cutting and juggling four 45 copies of Freda Payne. Super soulful!

Recorded from a rehearsal for their “45 sessions” tour, almost the entire mix is done with rare 7″ records. Interestingly there were only 2000 CDs pressed of this mix. Any vinyl that’s available is a bootleg copy.

Flipout put together this all 45 mix to celebrate Dr. Dre’s birthday. You won’t hear Dr. Dre tracks but you’ll hear tracks that Dr. Dre has famously sampled or interpolated in his productions over the years. Listen and see if you pick out the samples and name the classic Dre tracks they belong to.