Chances are that you are going out this weekend (or staying in) to play a gig. Recording your set should be a no brainer:  it’s great for learning, promotion, and posterity. However most DJs show up and, in the stress of the moment, skip the recording process because it feels too complicated. Here are 3 dead simple ways to record your live DJ set this weekend.

USE THE USB CONNECTION ON THE MIXER

These days, most mixers are digital and allow any computer to be connected to the mixer via USB. This means that up to four channels of audio can come out of your PC to the mixer, and almost always one stereo channel can come back from the mixer to your computer at the same time!

This means the master output of the mixer can be streaming to your computer in real time, in digital, for the best quality recording possible. Often you can set it to the record out – this is better because it bypasses any adjustments of the master

Since the DJM-900 is a popular mixer with this feature, make sure you have Pioneer’s audio drivers installed on your laptop – which gives you this handy interface to customize the audio flow. Notice that I have the audio output set to send the record output to the DJ software which is independent of the master, or the booth levels. This means loud recordings even if either of those get turned down for room levels. 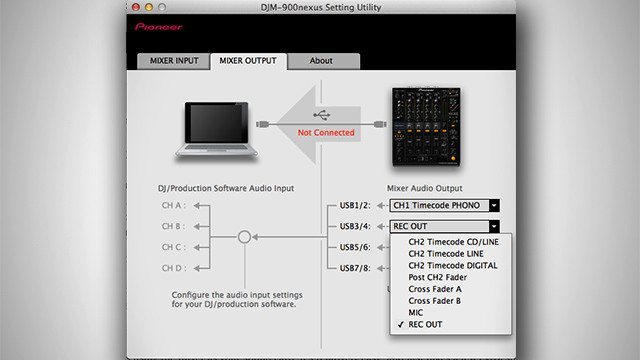 If you’re using the mixer as your sound card, it’s relatively easy, and just takes a few extra steps.

For DJs that are mixing on CDJs or records, you can still bring a laptop and use this feature by recording directly into Ableton, Quicktime, or some other DAW

Use An Input On Your Sound Card

For DJs that are not using the club’s digital mixer as a sound card, but bringing their own sound card to the booth – you can also record your set in the same way. The only disadvantage to the first option is that the mix will have gone through two analogue to digital, passes which starts to degrade the signal a bit.

Ean recently posted a video on audio routing and he covered how to record with a mixer and external soundcard (jump to 9:37):

Every mixer should have an analogue record output that is almost always a RCA out. If that does not exist, then there should be two pairs of master outputs. One is usually XLR (sent to the house speakers) and one is RCA (use this for record outs out). Even if all of these outputs are taken (which they might be), you have one last emergency resort:

This method will work well, and with analogue mixers take into account the special distortion characteristics that they have. The disadvantage is some data loss with the Analogue/Digital conversions, and using the master output can mean variable levels since the right room level might not be the ideal recording volume.

If your soundcard doesn’t have any spare inputs for recording you can always use the line input on your laptop if it has one. You’ll need a RCA to 3.5mm cable going from the record output on the mixer to the input on your laptop. Then you can use a free audio editing program like Audacity to record the mix. Internal laptop soundcards aren’t the most ideal for recording but it’s better than nothing.

Record to Your Phone 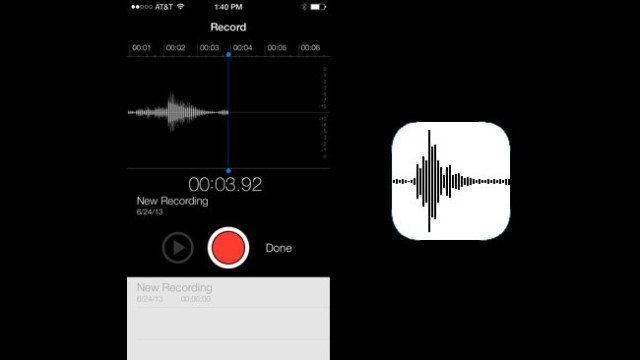 Many DJs aren’t carrying around their laptops with them – so we needed a super easy way for DJs to record their sets without bringing any extra gear. Good news: you already have a computer in your pocket right now!

Recording to a phone is relatively easy – but in order to get the signal flow working right, you’ll want to buy an special adapter cable that has two elements:

Here’s a great $30 cable option that has a 3.5mm male plug on one side and 3 male RCAs on the other side.

Connect the cable to your mixer’s record out (as in the sound card method above) and open any app that records audio. On iPhones, Voice Memo app comes with your phone. On Android, try one of these apps recommended by Lifehacker.

Very importantly, remember to put your phone into airplane mode, or else your recording might get interrupted by an incoming call or text!

BONUS: You actually can then use this same connector for any app – want to call a friend and play your mix for them live? Want to record DJ audio for a video on Periscope or Snapchat? This cable works for both.

How To Practice DJing When You’re Not At A Gig