Last October, Melodics hit the market as one of the most exciting ways to learn finger drumming. By taking the same moving scale model as Guitar Hero and Rock Band, the app aims to teach finger drumming while making the learning process fun and engaging. But not everyone who wants to get into finger drumming is willing to invest into a controller, and practicing on the go can be difficult since a controller is required to practice efficiently. So Melodics have developed a brand new app that gives anyone with an iPhone or iPad the ability to jump right into the lessons – read on for details. 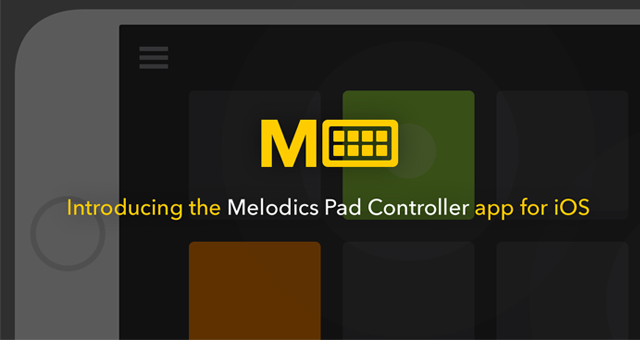 Taking Melodics On The Go

Sam Gribben, CEO of Melodics, says a number of Melodic users don’t own controllers and many users want a better way to practice when they are not in the studio. The Melodics desktop app can be used with a keyboard, but, in Sam’s words, “an iPhone or iPad is a much better experience.”

The Melodics Pad Controller app is a portable solution for finger drummers. iPhone users running iOS 8.0 or later will be able to rock a 4X2 grid and iPad users running iOS 8.0 or later will get even more versatility with a traditional 4×4 grid. The app is a great compliment to the software as it offers performance, low latency when used with the Melodics app on PC or Mac.

Simply download the app, connect the iOS device to the computer using a USB cable, and begin a finger drumming lesson. 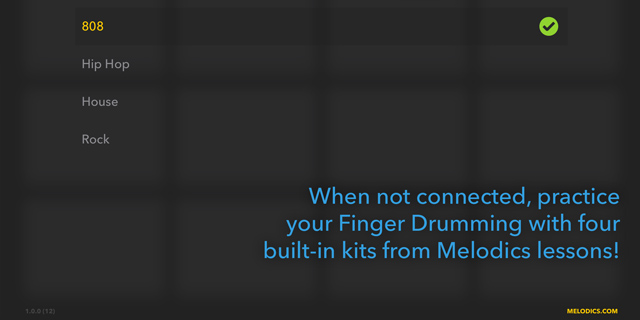 Another great thing about the Melodics Pad Controller app is that the iOS app can also be used independently. When away from a computer, finger drummers have four built-in kits to choose from to exercise their skills. The kits are built from Melodics most popular lessons and feature an 808, Hip Hop, House, and Rock kit. Finger drummers can rock just the kits or play music in the background while taking control over the rhythm section with the Melodics Pad Controller app.

Any iOS user interested in strengthening their finger drumming skills should definitely check out the free Melodic Pad Controller app in the app store. Since the company launched last Fall, the lessons library has expanded to include content from a number of notable artists. Gaslamp Killer, DJ Jazzy Jeff, Jeremy Ellis, Thugli, Eskei83, and many others contributed to the app to offer entertaining lessons for aspiring finger drummers.

Download the Melodic Pad Controller for free on the App store – and use promo code TECHTOOLS2016-MELODICS to get some free lessons.

Let us know thoughts about Melodics in the comments below!