In late April of this year, we took a look at a DIY project that brought a built-in DVS system to a Technics SL-1200 turntable. Now there’s a brand new update that brings a display module with built-in waveform and browsing views. Has this become the ultimate Technics mod?

Technics DVS Mod Gets A Screen 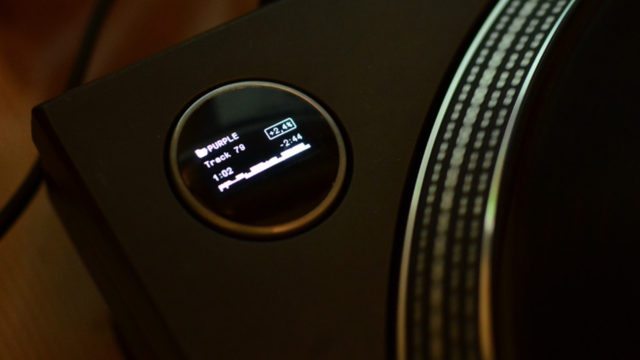 In April, we saw how an enterprising electrical engineer / DJ installed a DVS-capable computer directly into a Technics SL-1200 turntable. After a feature on our site, he got a ton of feedback – and now has returned with a second revision. This time, it has a clever built-in screen and accompanying software.

In the video below, (which is in Russian), the designer Andrei Anantsko shows off the new features. Look below the video for a quick guide of what to note:

Watch The Technics DVS In A Mix…. Kindof:

Here’s Andrei himself (known here as DJ Greeb) using the Technics DVS turntables . Editors update: We watched the whole mix and it’s just vinyl. Not sure why the DVS wasn’t used…

Yes, it seems like standalone vinyl DVS setup projects are all the rage. Click the image below to check out another recent project featured on DJTT that uses a Raspberry Pi computer for each deck.