Korg has been silent on pure DJ gear since the departure of their mixer series with integrated Kaoss Pads – but now they’re erupting back onto the scene with a surprise announcement at NAMM 2015, a brand new DJ controller with Kaoss FX built right into the mixer section. Watch the introduction video below for the new Kaoss DJ controller and then keep reading for more details: 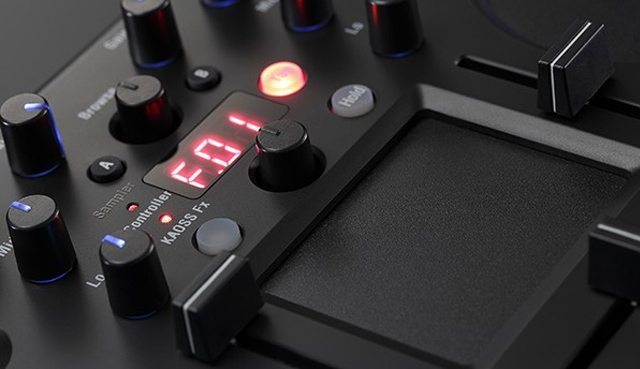 This controller can act as a normal DJ mixer, or as a standalone two channel mixer – but what obviously is being touted by Korg is the complete integration of a Kaoss Pad DJ effect unit right into the center of the mixing section. Applied to the channel of your choice (there’s an built in soundcard for connecting to DJ software, it comes with Serato DJ Intro), the FX pad works like a normal Kaoss Pad – with X/Y effects and more. Serato writes about the controller on their blog:

The 120 different FX and oscillators are grouped into the following categories:

– “FX RELEASE” automatically adds a delay when you take your finger off the touch pad, naturally blending the effect into your sound.

– “HOLD” maintains the effect even after you release your finger.

– “Auto BPM” automatically detects the BPM of the song and synchronises the effect.

– “Scale/Key” settings let you play a synthesiser in the key of your song without any wrong notes. 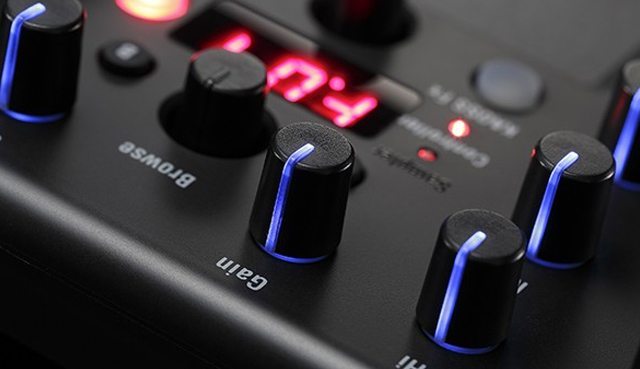 We’re glad that Korg decided to make this unit all black colored, as despite seemingly being made of plastic, it keeps a fairly elegant profile in the photos we’ve seen. This material choice likely is a big part of the weight, which comes in at a minuscule 1.6 pounds, and measures just 307 mm x 158 mm x 42 mm.

There are even integrated LED VU meters directly on each side of the Kaoss DJ controller, which adds a nice lighting effect without being too in-your-face or gaudy.

The touch-sensitive platters do remind us of the old Da Scratch / SCS.3D system from Stanton, and but touch-sensitive technology has come a long way since those units were released, so hopefully the responsiveness will mirror what most people are used to on modern smartphones. 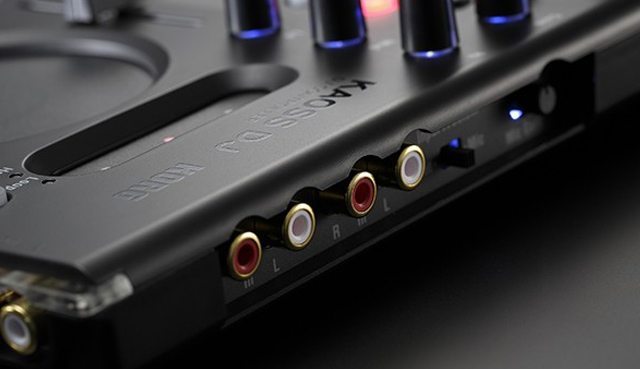 We don’t have too many details yet about the unit, but we do know that it has an integrated USB soundcard, sends full MIDI signals, and can also stand alone as a two channel mixer. It’s powered over USB, and has two RCA inputs, a phono jack mic input, and a RCA output.

The Kaoss DJ is expected to launch by March 2015, and we’re still waiting to hear about official pricing.

The DJ/Producer NAMMIes: Best of NAMM 2015