To wrap up the year, we’ve brought on venerable DJ Angelo from the UK to give us his tips and tricks on surviving and rocking a New Year’s Eve DJ set, as well as our usual tradition of finding some awesome and cheesy tracks for you to use on your parties tomorrow evening. Click through for this year’s guide to making the last night of the year the best night of your career!

Another Year At Its Close

Before I settle into some much-needed downtime and studio geekery for the next few weeks, I’d like to take this opportunity to share some tips from my own experiences for those of you set to DJ this New Years Eve. It can be a very daunting prospect, particularly for inexperienced DJs so I hope some of this information helps you shine on the night. If you’re a superstar DJ already, feel free to contribute some tips of your own in the comments below.

2011 may not have been the most “economically-inspiring” for any of us, however, I’m confident that the party spirit has endured, as tradition calls once more for the masses to unify in celebrating the biggest party event on the western calendar. A chance to seriously let loose and end the year on an ultimate high, so inevitably New Years Eve parties come with greater expectations than regular club nights, and can therefore demand more than usual from us DJs.

A good DJ is always at the heart of the party and embraces the responsibility and challenge of ensuring his/her audience has the best time possible. This is no different for NYE, however, the change of circumstances may completely throw you off your game if you’re unprepared. Here are a few things to consider: 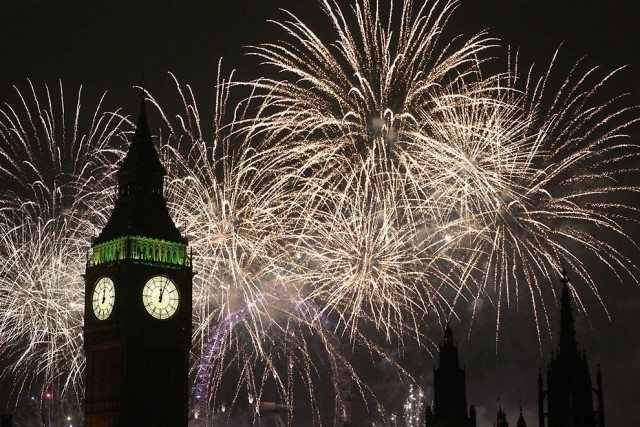 The Best Party in Town

I’ve played my fair share of NYE parties over the years. Some of which have been awesome, whilst others forgettable, but all of them have taught me new things. The biggest lesson of them all is to be prepared for anything. There’s certainly no secret formula and NYE gigs will always differ depending on who you are and where you are playing, but here are some of my tried-and-tested survival tips from my own experiences:

Best of luck and go get ’em!
DJ Angelo

Everyone needs a good countdown. Try this simple one:
NYE Count Down Original Mix by DJ Luna_

What’s that? You were expecting something cheesier with a mix from Aud Lang Syne into this year’s club dance hit? Well, ok.
We Found Love On New Years Eve-Lowrey Edit-(CLEAN) by djmikelowrey
Oh, so you wanted something even more over the top? Try this three minute countdown on for size.
New Years Eve 2012, 3 Minute Countdown by KRCKRADIO
Finally, if you’re still nervous or need more resources for New Year’s Eve, we suggest that you take a look at some of our New Year’s articles from the past. Instead of having to dig them all up yourselves, check out the links below:

Just for fun, tell in the comments us about a New Year’s Eve DJ HORROR STORY that you’ve been a part of or seen happen!