Electronic Music school Dubspot wanted the perfect controller to put in front of its students — something resembling a console mixer MIDI controller that was simple, straightforward, and easily worked with any DAW and other software. However, they found that what they really wanted was the 15-year-old, long-discontinued Evolution UC-33, and that nothing else like that was really available. So the school asked Austin, Texas controller company Livid Instruments if they would build what they wanted.

Livid took on the task, and the result is the DS1 — still in the prototype stage — which first and foremost will occupy every student’s station at Dubspot starting this spring. The controller will later be available to the public, but we have to respect how Dubspot will go about it. Dave Cross of Dubspot told us that basically they will not put forth any effort to convince people that they need the DS1:

“Anyone who wants this will already know they want it.” 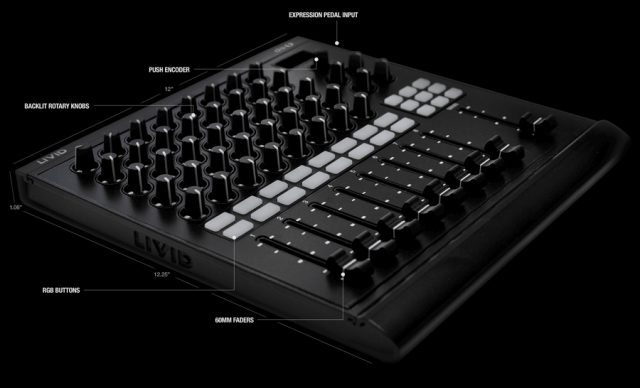 The DS1’s priorities were simplicity, compatibility and stability, and it’s not trying to match anything else out there for fancy features. Livid does plan to have around 15 preset memories, but for the most part, what you see is what you get: MIDI mixer channels! Cross added that they may be throwing in a bag of multi-colored knob caps to give people the option to color-code their channels strips.

The DS1 is set to be on the desk of every Dubspot student in mid-April, with a public launch still unscheduled. Livid estimated the price would be likely close to $400.