There’s a brand new company out of the Netherlands aiming to own the market on tiny production tools – something to go hand in hand with other travel friendly production tools like the Teenage Engineering OP-1 or the KMI QuNeo. OWOW (the Omnipresent World Of Wizkids) have crafted five instruments that are headed to Kickstarter starting Monday. We’ve got an exclusive first look at the gear and an interview with the team, read on.

The small MIDI controllers come in two forms, similar to the TE Pocket Operators that were revealed in January at NAMM. There’s the CRD line, which means that they come as basic credit card size naked circuit boards with no external case, and the DVC line, which are fully encased and more “finished” products as a result. The CRD version is slightly cheaper, and even comes with 3D files for a compatible case so users can make their own themselves.

The five instruments include: 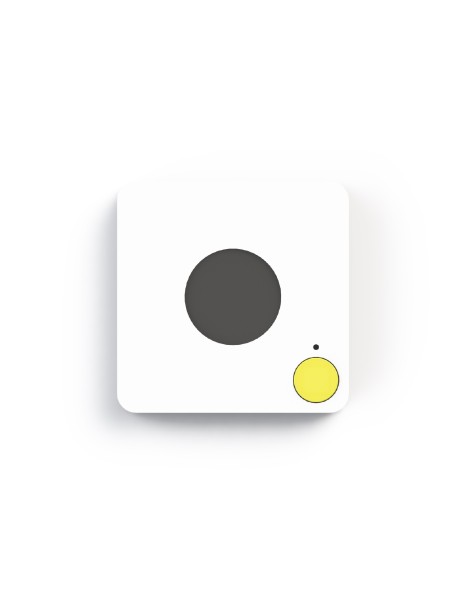 This is a distance detecting controller – allowing simple sample triggering that changes pitch in time with the height. 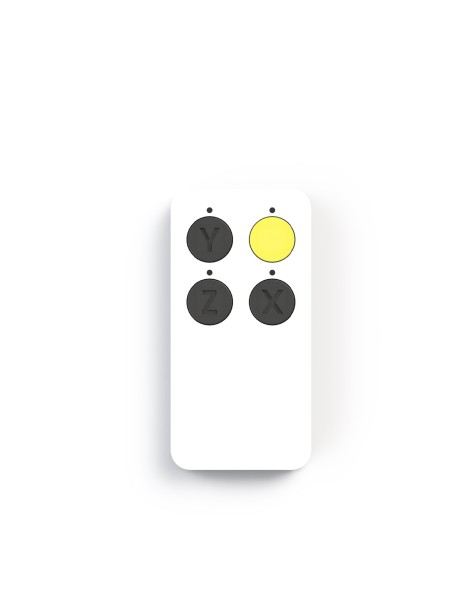 Wiggle is a bit like a tiny version of a WiiMote, allowing effects triggering based on changes on any of three axes. It seems like a bit of inspiration here was drawn from the HotHands controller – except no strapping onto your finger required here! 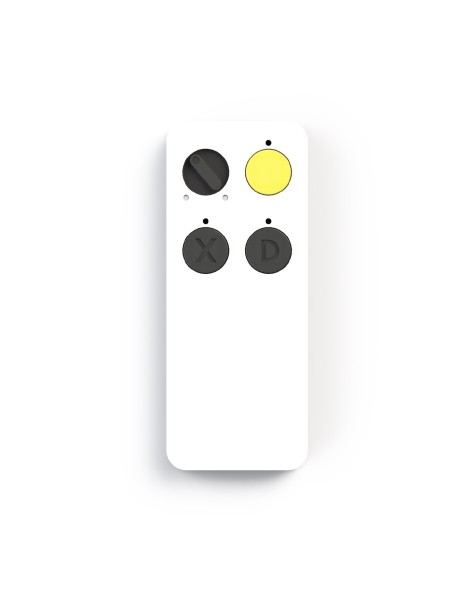 Drum is similar to Wiggle in that it’s handheld, but instead of smooth three axis control, it has velocity sensitive airdrumming abilities. The knob allows you to change the sensitivity, and a press of one of two buttons allows you to change an axis based control or the drum itself. What’s cool is that it has a forward/backward playing style option as well, allowing for shakers and hi hats to be played with two distinct notes and motion. 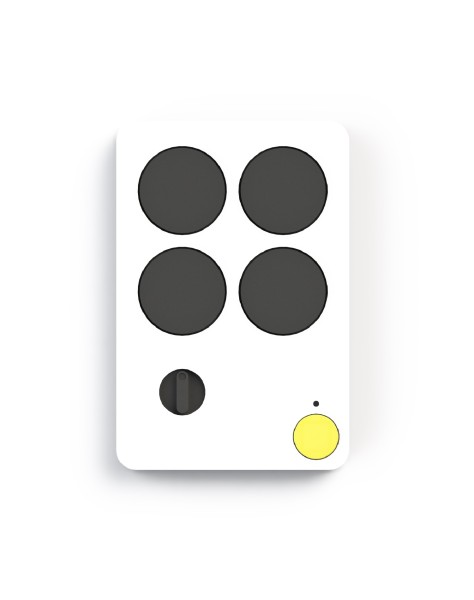 This is the tiniest drum controller I’ve ever seen – not much bigger than a credit card and it’s got four velocity sensitive drum pads. We haven’t had a chance to get our hands on one yet to see how it feels – which is obviously the big concern with something at this size – but we asked a bit about latency in the interview below.. 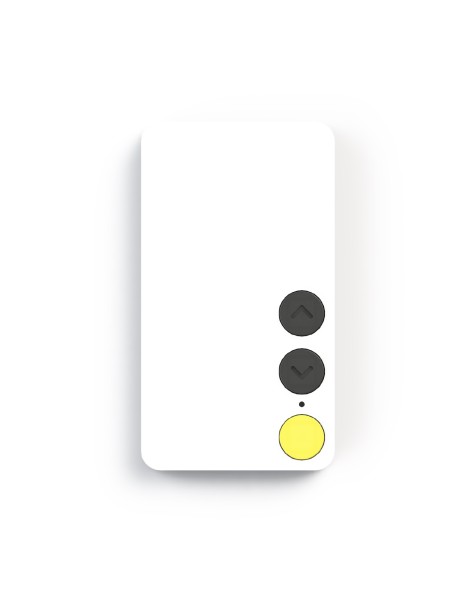 Here’s the distinctly unique instrument of the bunch – something that we’ve never really seen before, a visual line scanner that takes written shapes/lines and creates MIDI data out of it as you drag the instrument over it. It sounds like a bit of a novelty at first, but we can see how being able to draw out your ideas might allow you to quickly move from literal sketch into MIDI data easily.

Q+A / INTERVIEW WITH THE OWOW TEAM

The crew over at OWOW was nice enough to agree to a complete Q+A with the DJTT editorial staff on their upcoming release – with more details and specifics on the history and technical capabilities of the controllers:

What has been the development process for these products? How did you settle on these 5 designs?

Many years ago, I was rejected at music academy for not being able to read sheet music. I got quite frustrated and questioned myself; ‘Who reads sheet paper when producing digital music all the time?’ That frustration translated into my graduation project, in which I combined my passion for design, music and urge to create something new.

After graduation, other opportunities arose and the products got put ‘on hold’. Luckily, we continued with the project two years ago and made tons of prototypes. Some prototypes were more realistic than others, but eventually these five instruments came out as the start of a new breed. 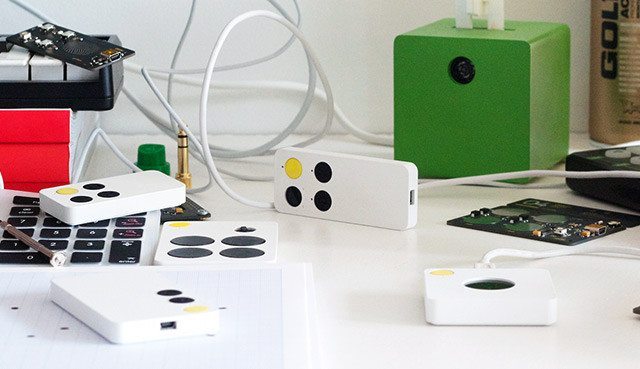 Were there any instruments or crazy ideas that didn’t make it to the final cut?

We made a lot of stupid, silly, or impractical instrument. To give you an example, we had one instrument that was basically a flexible, silicon tube that could bend in order to literally bend your sound. It was super fun to play, but it looked way too much like a sextoy, so we put that one on hold for the future, for a different business 🙂

Are there any limitations when plugging in more than one of these instruments? (including two of the same model, etc)

Nope. You can plug in as many devices as you want. And we encourage people to do so. The possible combinations with these instruments are insane. Even we are amazed of the combinations some of our beta testers came up with. 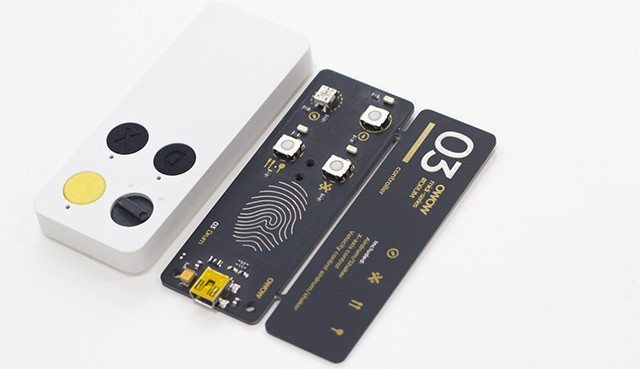 Is the sensitivity adjustable on the motion based instruments (wob, drum, and wiggle?)

Drum has a knob on the device which let you adjust the sensitivity super quick, without even touching your computer. This was added later on, so you would be able to easily switch between hitting hard drums and making big gestures on stage, or do subtle shaker movements in your studio (f.e.). All hits are velocity sensitive as well, just so you know.

Wob has a build in configure mode, so you can easily change the max. height of your control range. Just hold down the button for two seconds, set your hand at your preferred height, release the button and it’s set. Easy peasy.

For Wiggle we focused on other basic controls, but you will be able to adjust parameters in a small configure tool that we are building as we speak. More info soon.

What is the response time / latency like on all of these controllers (especially pads)?

We’ve been working very hard on minimising the latency of course. And at this moment, we are very happy on our progress and are only improving the pads’ latency. We’re checking the best trigger options, because the CRD version (the bare PCB one) need a different way of stability. So, it’s almost perfect.

How does Scan work? Can you theoretically write out musical notation and have it read that? Are there any templates to use with this instrument, or is it just free form? Can scan process geometric images or patterns where there is more than one line under the scanner at one?

Scan is dumb, but in a good way! This device was literally created to draw your music, or write down melodies in the form of simple dots and play them in real time by moving the scanner over your creation. The scan can read multiple notes at the same time, so yes, you can draw whatever comes to mind. as long as it’s black and white for now.

Since your handwriting will never be perfect, the sound you will make won’t be neither. And that’s the whole point; bringing back the human touch and allowing imperfection.

When is the launch of the product? Beyond Kickstarter, when can people expect see it in stores?

We launch our Kickstarter campaign upcoming Monday, June 8. As you can imagine, a lot of things depend on the amount of support and funding that we will receive during the campaign. The same goes for the date our devices will hit the stores. Of course we’re moving as fast as possible, but will not rush, in order to make sure that we deliver the best possible product. The delivery of the Kickstarter instruments will be somewere end of 2015, start of 2016. We hope to launch products in store, soon after.

The Kickstarter is live now – check it out here.

Got additional questions about these instruments? Leave a comment below and we’ll get a response from them!

Meet Howler, a 2-in-1 device that records + livestreams high-quality audio from any…

Natus One: A Low-Latency Wireless Link For DJ Headphones

Basslet: A Wearable Subwoofer For Your Wrist